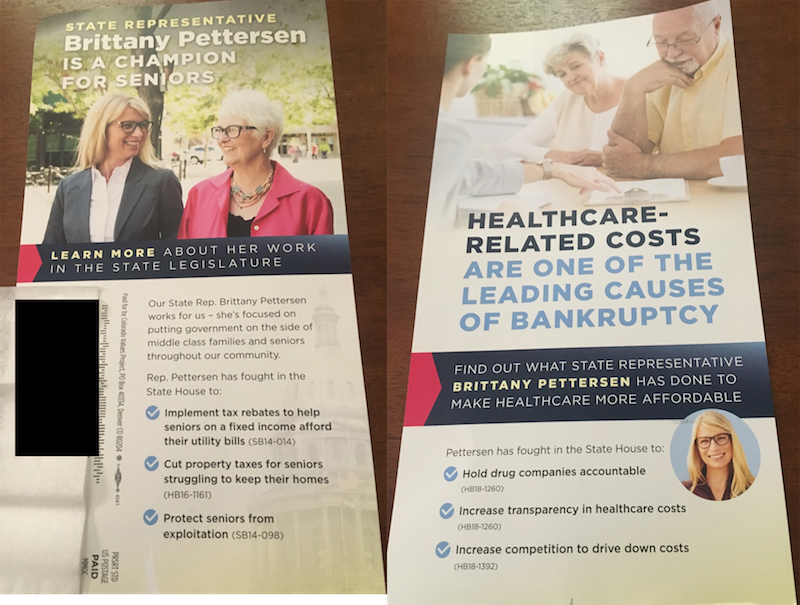 This is the fourth mailer from nonprofit Colorado Values Project promoting Democratic state Rep. Brittany Pettersen. She's running for the open Senate seat in Lakewood's District 22, though the mailer doesn't mention that. It does mention several bills she's supported dealing with health care and support for senior citizens. She faces Republican Tony Sanchez in the November election.