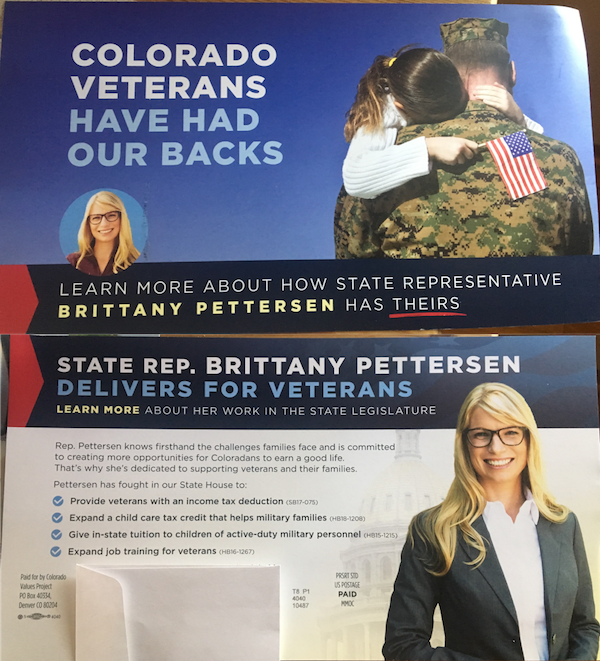 This is the third mailer in less than three weeks from Colorado Values Project commending Democratic state Rep. Brittany Pettersen, who is running for state Senate against Republican Tony Sanchez in a suburban Jefferson County district.

This version cites four bills to demonstrate her work on behalf of veterans. Three of the bills became law, and Pettersen is listed as a co-sponsor. But one of the measures did not become law, and Pettersen was not a sponsor, nor is there evidence she voted on the bill in committee.