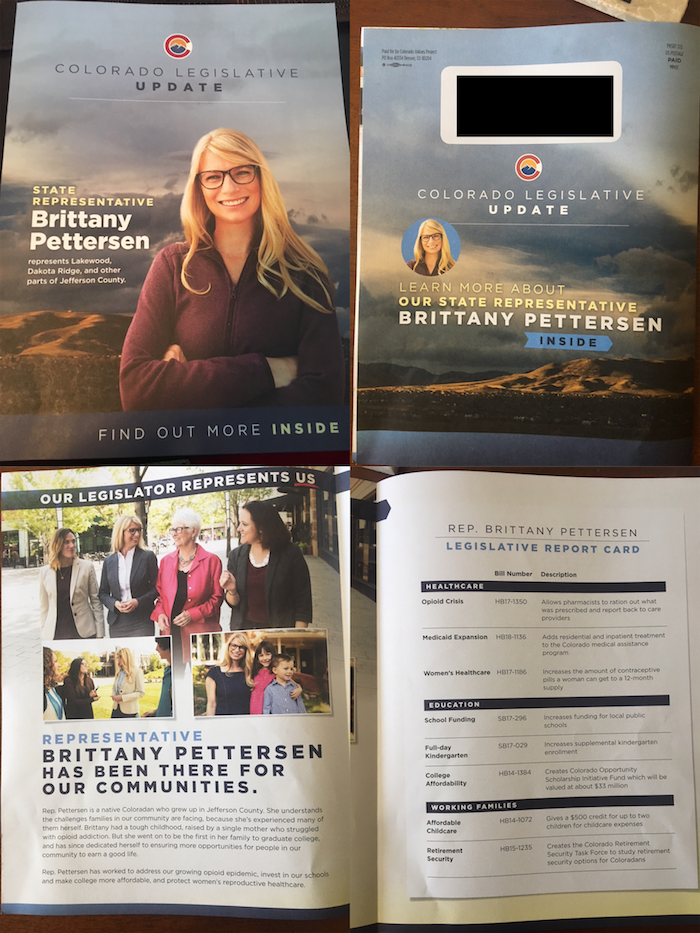 About the message: This mailer from the Colorado Values Project highlights state Rep. Brittany Pettersen's accomplishments, but no where does it mention that she's running for state Senate. Nor does it suggest anyone vote for her. Because it doesn't use the "magic words" of "vote for" or "vote against," the money spent on this mailer doesn't need to be disclosed by the nonprofit that sent it. The mailer mentions Pettersen's work on health care, education and on behalf of working families.