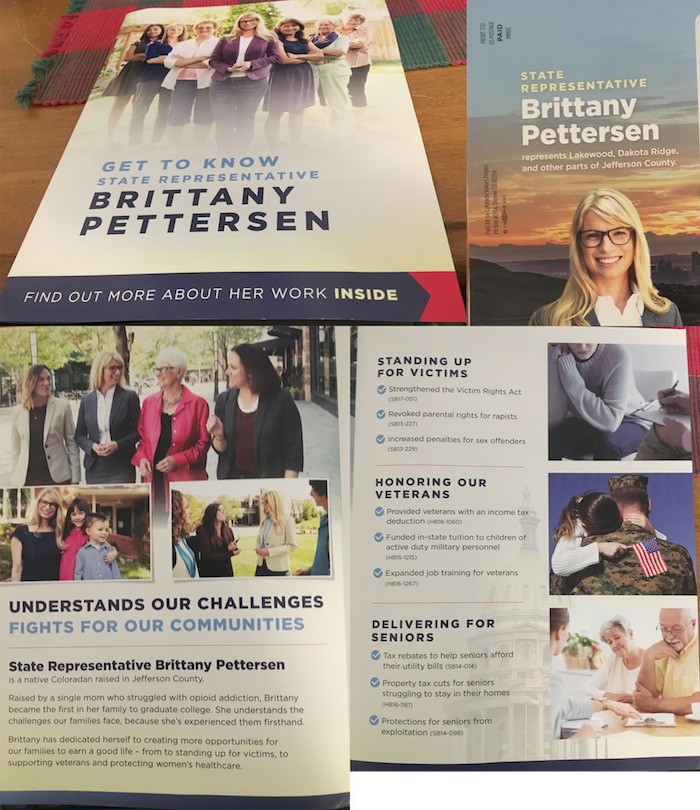 This is the fourth mailer from Colorado Values Project supporting state Rep. Brittany Pettersen, a Democrat running for an open Senate seat in Jefferson County. Like the other mailers, it commends Pettersen for her work in the House, saying she stands up for victims, honors veterans and delivers for seniors.