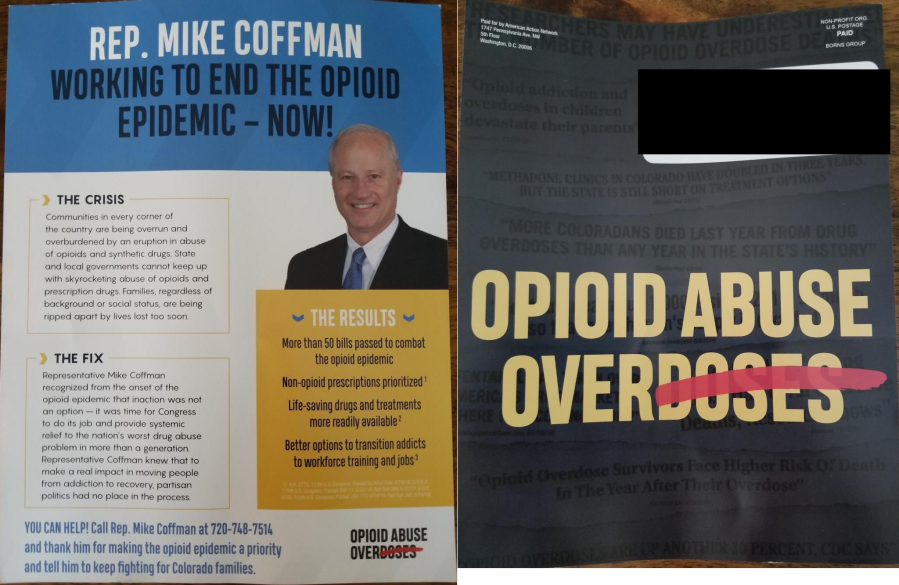 This is the second mailer in two weeks from American Action Network commending Republican Congressman Mike Coffman on his action to stem the opioid epidemic. The piece is vauge about what Coffman has done, without mentioning specific bills or actions. And because it doesn't suggest voting for Coffman in his contest versus Democrat Jason Crow in the 6th Congressional District based in Aurora, it needn't be disclosed. AAN is also airing TV ads supporting Coffman, but not suggesting voting for him.