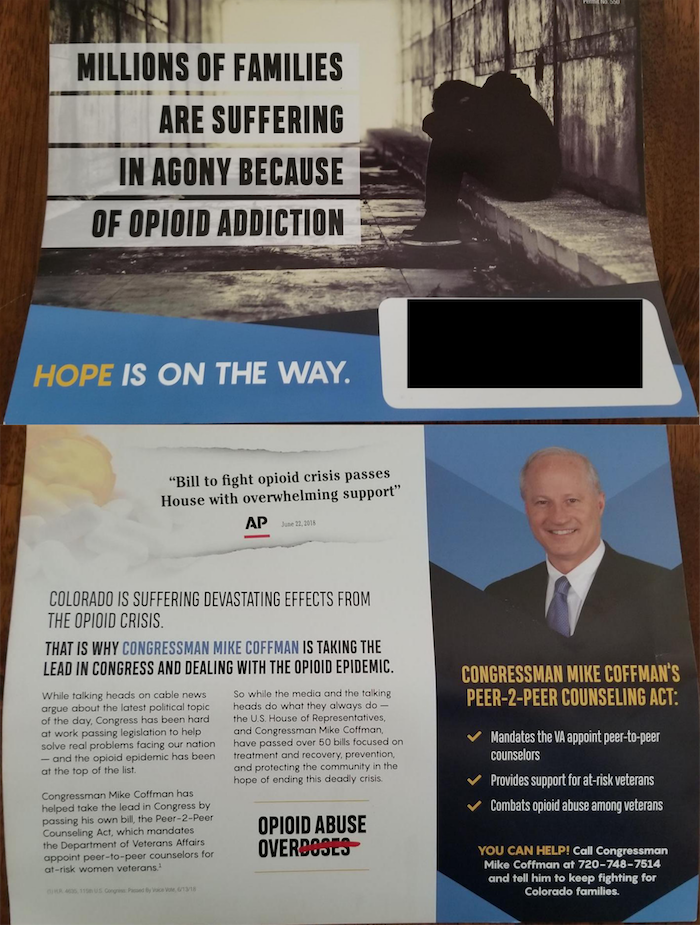 About the message: This mailer from American Action Network echoes a TV ad the nonprofit is airing suggesting people call 6th Congressional District Rep. Mike Coffman to commend him on his actions on trying to curtail opioid addiction and overdoses. It cites a resolution introduced by Coffman and passed on a voice vote in June that instructs the Veterans Administration to create a peer counseling network for women veterans. The text of the bill doesn't mention opioids or addiction, however.