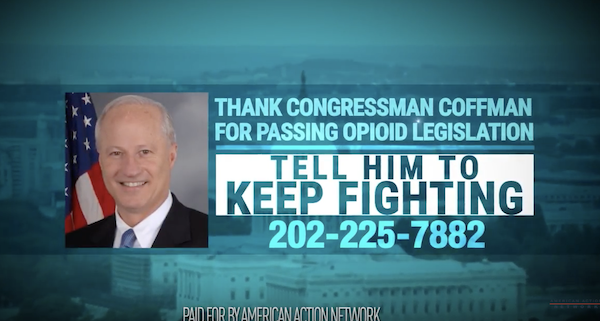 About the message: This is one of several ads across the nation from American Action Network praising GOP House members for taking action on opioid addiction. The ads feature a mom whose son died as a result of a heroin overdose after he became addicted to prescription pain killers. It suggests that viewers call GOP Rep. Mike Coffman and thank him for "fighting against opioid addiction."

American Action Network is a nonprofit supporting Republican members of Congress. In past years, the Pharmaceutical Research and Manufacturers of America have been one of the group's major funders.

The TV ad buy in Colorado is nearly $313,000, according to contracts filed with the FCC thus far. The ads are scheduled to air throughout July into early August.