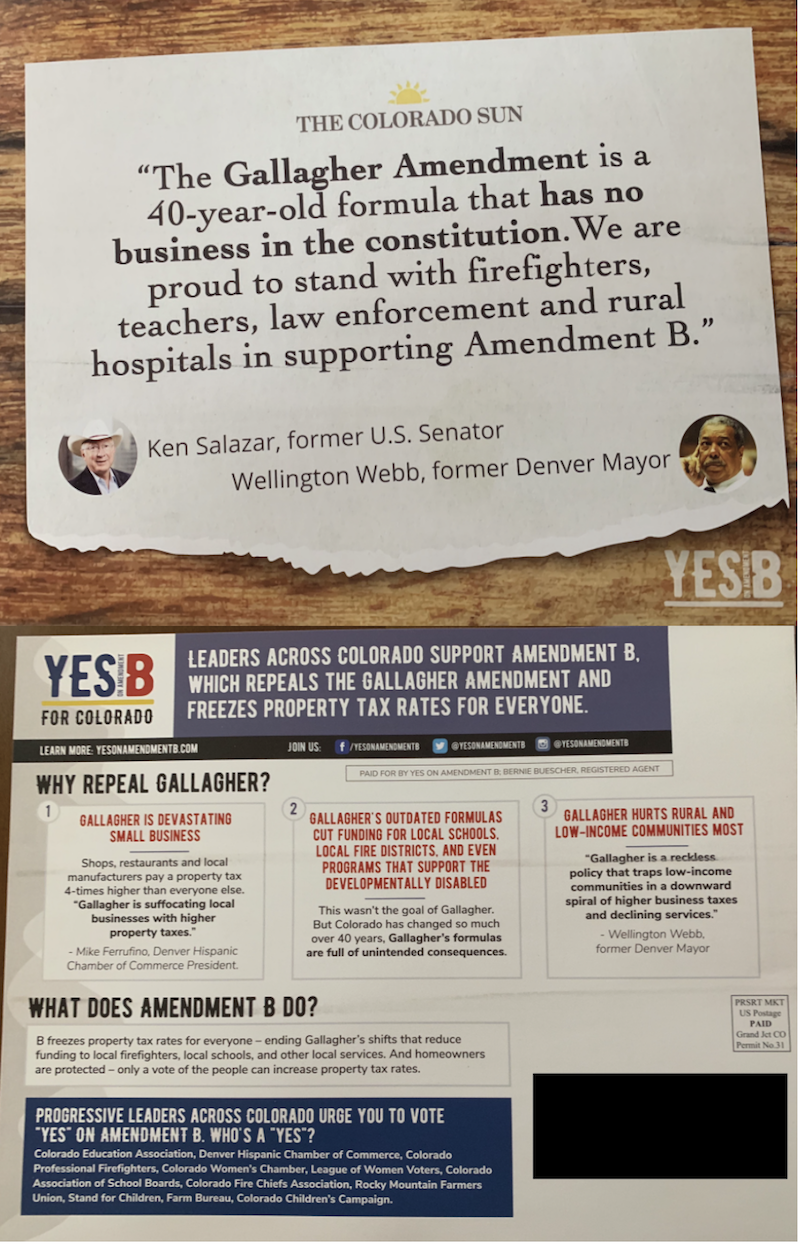 Messenger: Yes on Amendment B

This mailer features endorsements of Amendment B from former Sen. Ken Salazar and former Denver Mayor Wellington Webb. The amendment would freeze property tax rates but remove a formula that requires businesses to pay a higher proportion of such taxes. Proponents say it would raise more money for schools and local services such as fire protection. Opponents say it would raise property taxes on residential property.