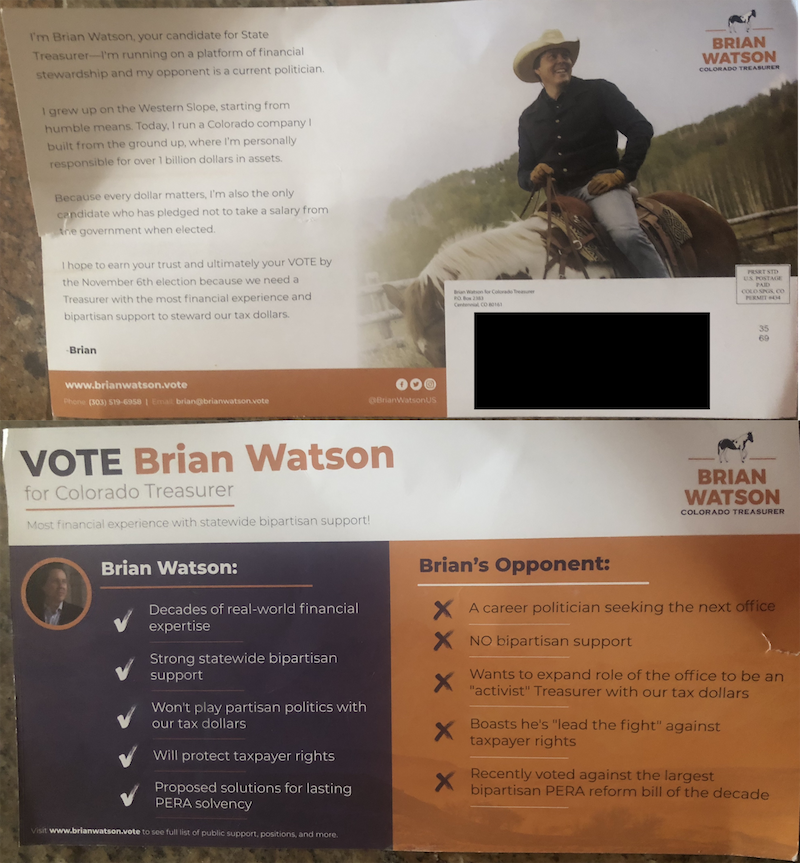 This mailer from Republican candidate for state treasurer Brian Watson emphasizes his bipartisan support (without naming specifics), notes that he's not a "career politician" although his Democratic opponent, state Rep. Dave Young, worked as a public school math teacher for many years, and contrasts the two on other issues as well.

About the messenger: Brian Watson is a real estate developer from Centennial. He defeated two other Republicans in the June 26 primary for state treasurer in his first run for office.

The messenger's money: Watson has spent $574,000 of his own money in the contest.