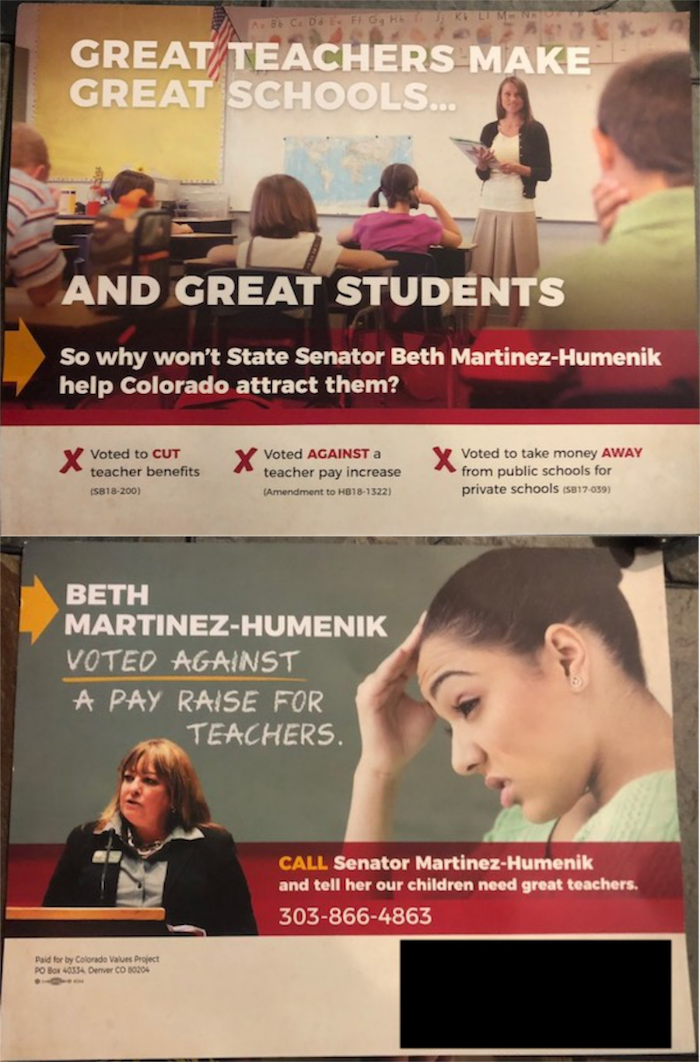 This is one of four Colorado Values Project mailers criticizing Republican Sen. Beth Martinez Humenik, and it touches on education. She faces state Rep. Faith Winter in the November election, though this mailer doesn't mention that.