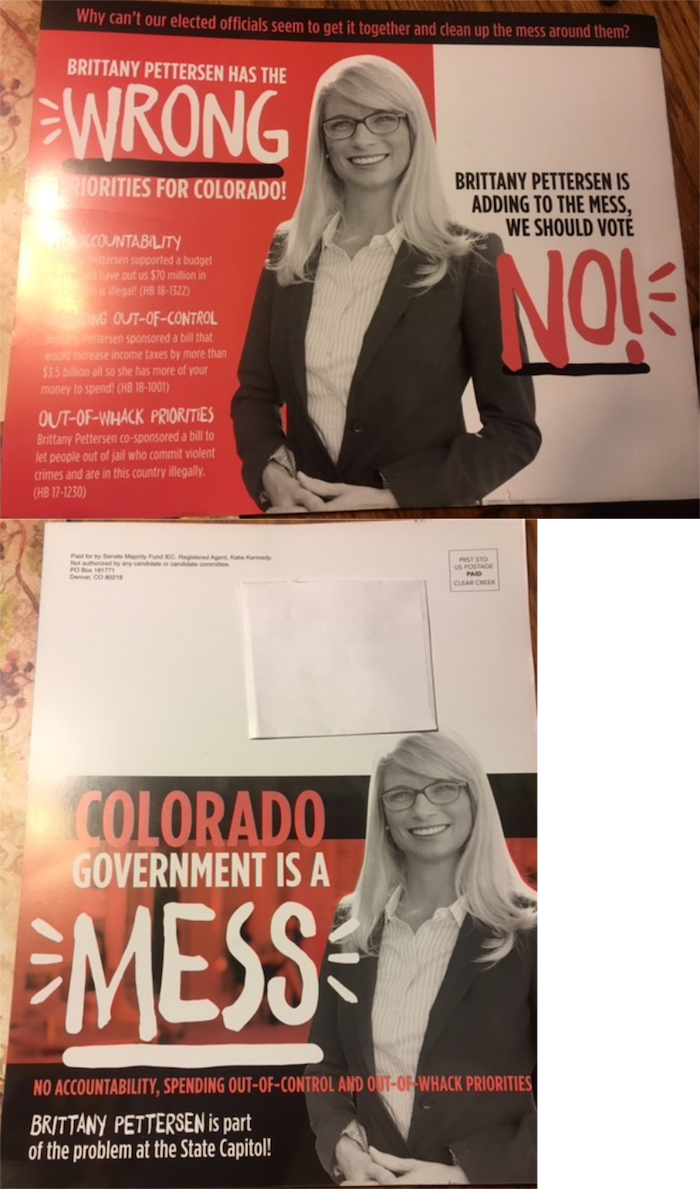 This mailer from the Senate Majority Fund attacks Democratic candidate and state Rep. Brittany Pettersen for having "no accountability, spending out of control and out-of-whack priorities." The measures the group cities: