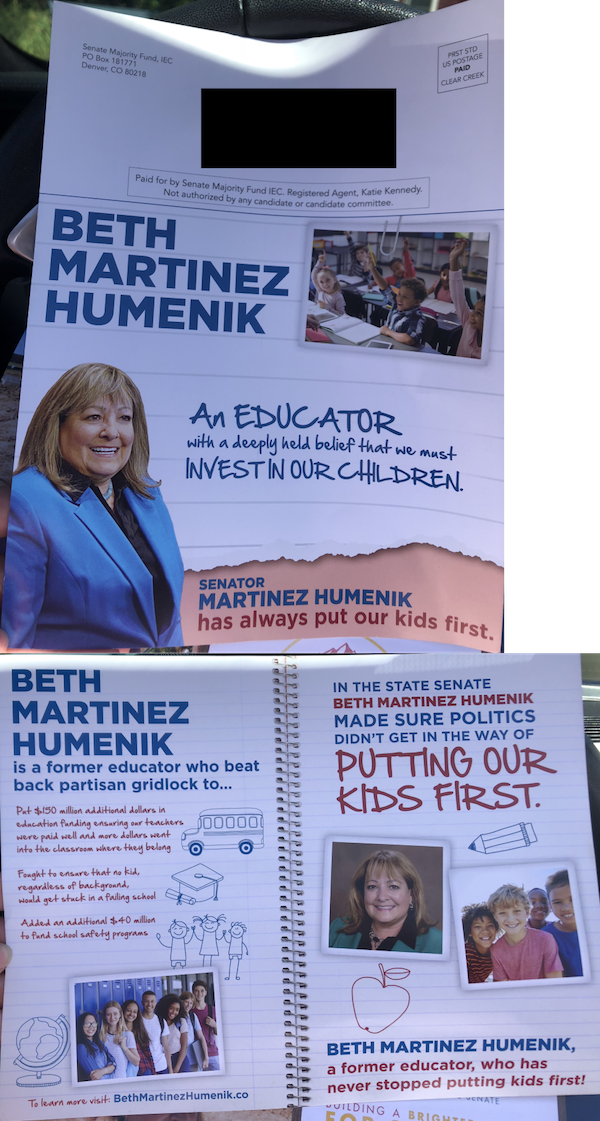 This mailer from super PAC Senate Majority Fund praises Republican state Sen. Beth Martinez Humenik as an educator who works for children in the legislature. According to this Colorado Department of Public Health and Envirnoment biography, Humenik has worked as an adjunct and a substitute teacher. She faces Democratic state Rep. Faith Winter in the general election.