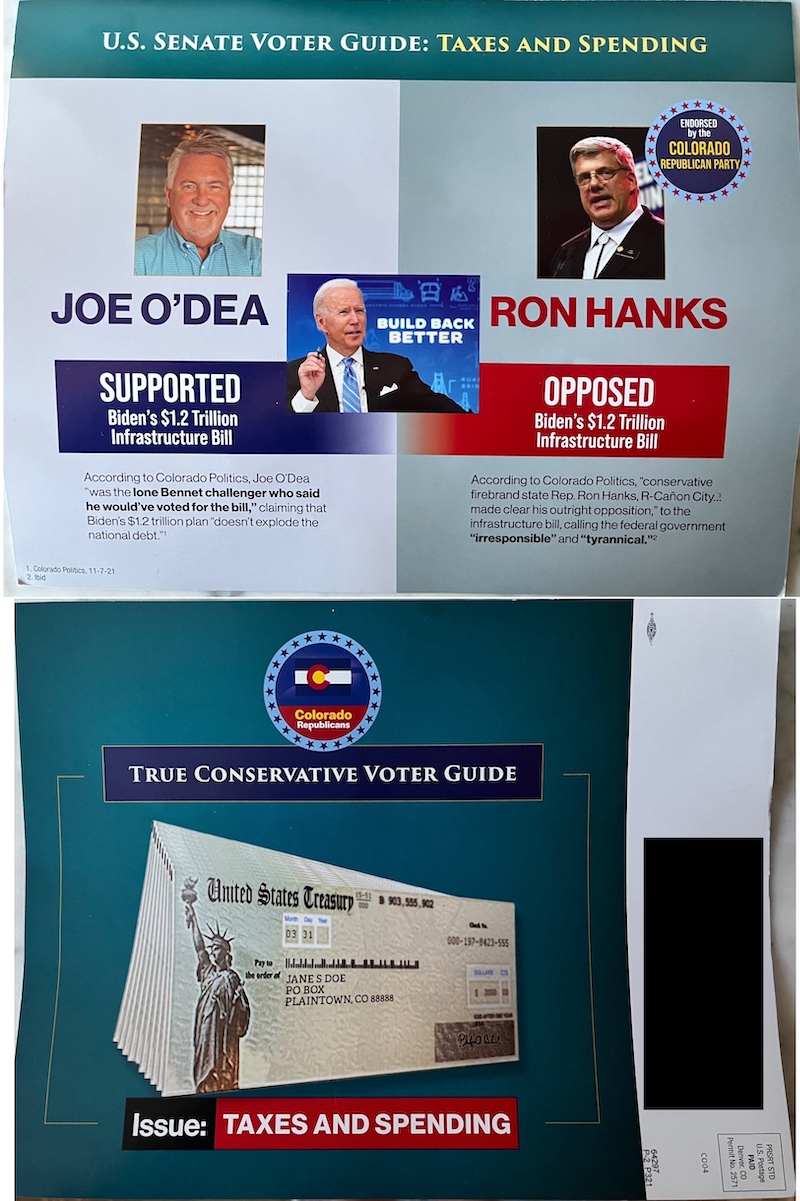 This mailer from an unknown source is the second to contrast Republican Joe O'Dea's support of a Biden Administration infrastructure plan with state Rep. Ron Hanks' opposition to the plan.

O'Dea, a construction company owner, and Hanks, a retired veteran, are competing in the Republican U.S. Senate primary on June 28.

Republicans are threatening to file criminal or legal complaints because the mailer says the state party "endorsed" Hanks, who won the nomination at the party's April 9 assembly. The mailer doesn't suggest voting for one candidate or the other, and it's likely it came from Democratic interests, though none have been reported to the Federal Election Commission as required by law.