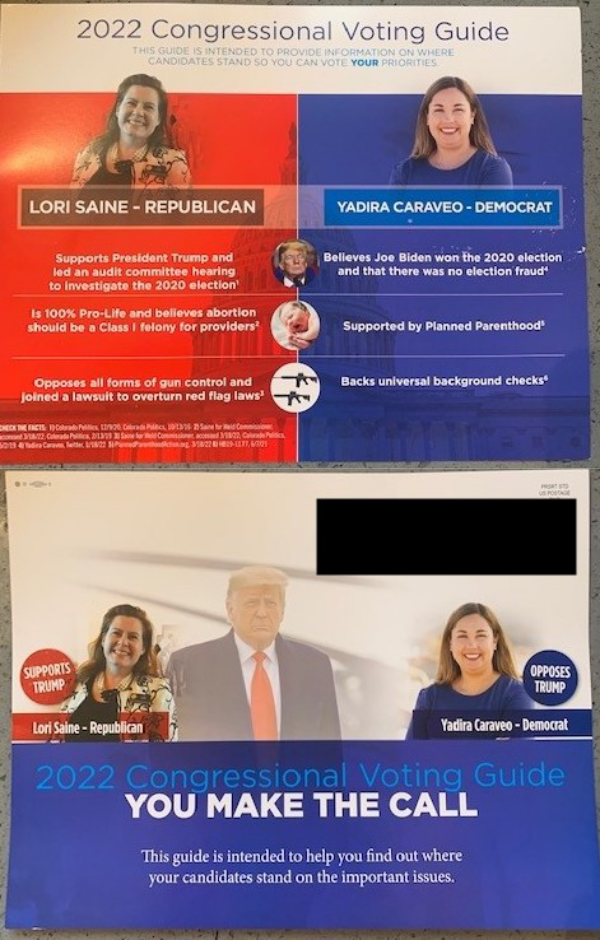 This is at least the second mailer contrasting Republican Weld County Commissioner Lori Saine with Democratic state Rep. Yadira Caraveo on issues such as guns, abortion and support of former President Donald Trump. Saine is one of four Republicans seeking the 8th Congressional District nomination, while Caraveo is the lone Democrat in the contest. The union insignia would seem to indicate the mailer comes from a group aligned with Democrats. The mailer doesn't suggest voting for or against either candidate, so the sending group may or may not be disclosed to the Federal Election Commission.