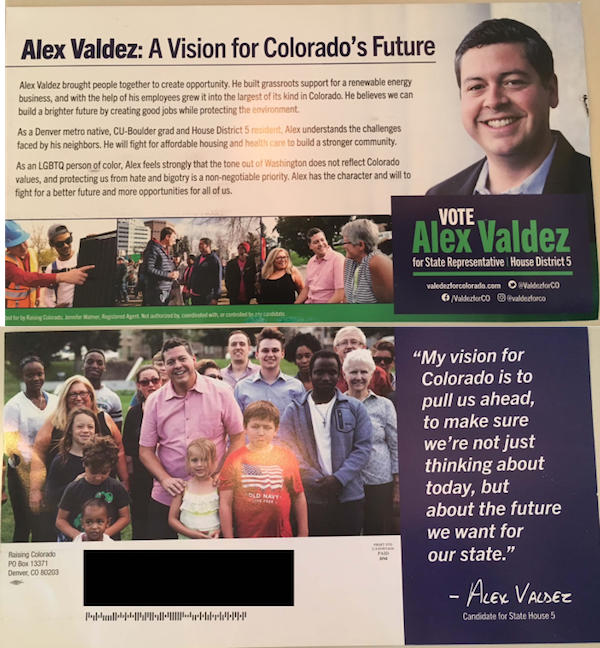 About the message: This mailer from Raising Colorado, a Democratic-leaning education reform group, supports Alex Valdez in the three-way June 26 Democratic primary. The mailer mentions Valdez's support for renewable energy, affordable housing and health care, and the fact that Valdez is "an LGBTQ person of color." But it doesn't mention education issues.