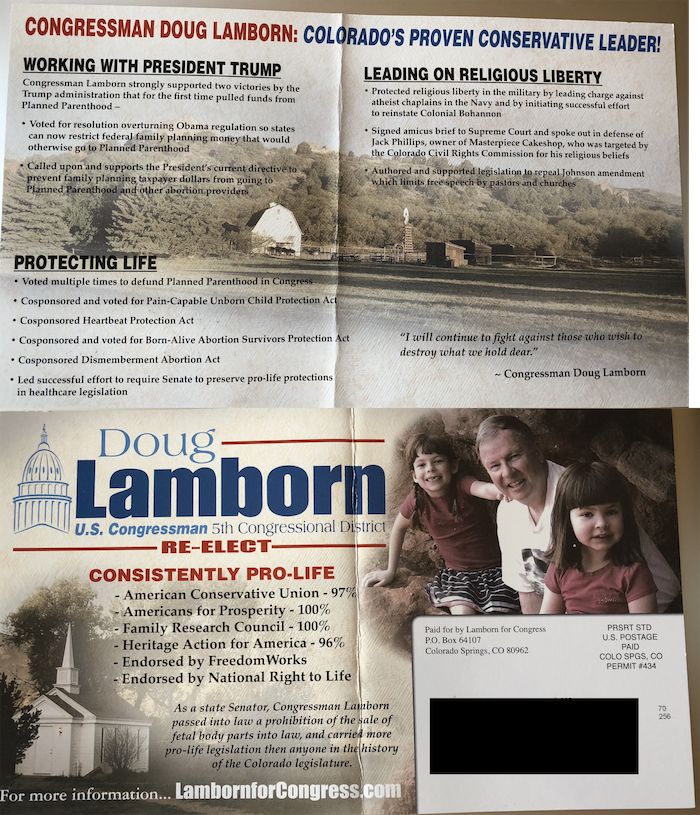 About the messenger: GOP U.S. Rep. Doug Lamborn was elected to the 5th CD seat in 2006 after serving in the Colorado state House and Senate. He faces four other Republicans in the June 26 primary.

The messenger's money: Lamborn had raised about $456,000 through March 31 for his contest. Of that, more than $307,000 came from political action committees or other candidate committees.