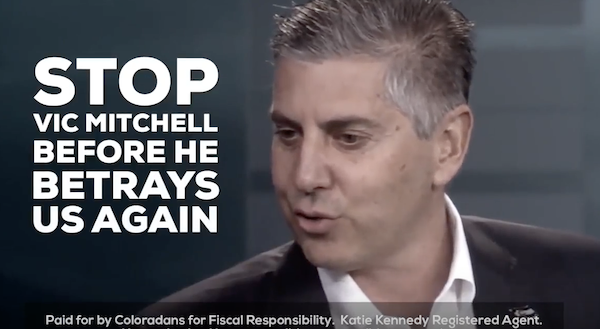 About the message: This TV ad from the super PAC Coloradans for Fiscal Responsibility attacks Republican candidate Victor Mitchell for his opposition to Trump and other issues. The ad accuses Mitchell of voting to raise taxes and fees while serving two years in the state House, even though lawmakers cannot raise taxes without a vote of the people.