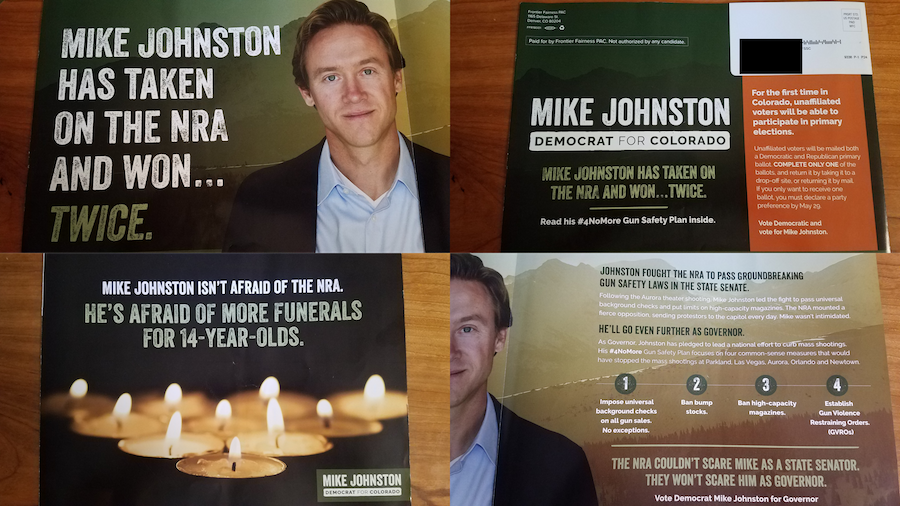 About the message: This mailer encouraging unaffiliated voters to support Democrat Mike Johnston in the June 26 gubernatorial primary declares "Mike Johnston isn't afraid of the NRA. He's afraid of more funerals for 14-year-olds."

The mailer claims "Johnston led the fight to pass universal background checks and put limits on high capacity magazines." While he voted for the two bills, it may not be quite accurate to say he "led the fight." Johnston isn't a co-sponsor of House Bill 1224 on limiting magazines, though he did vote for the bill. He was added as a co-sponsor to the background check bill after it passed the state Senate. You can also check out KDVR's Truth Check on the claims.