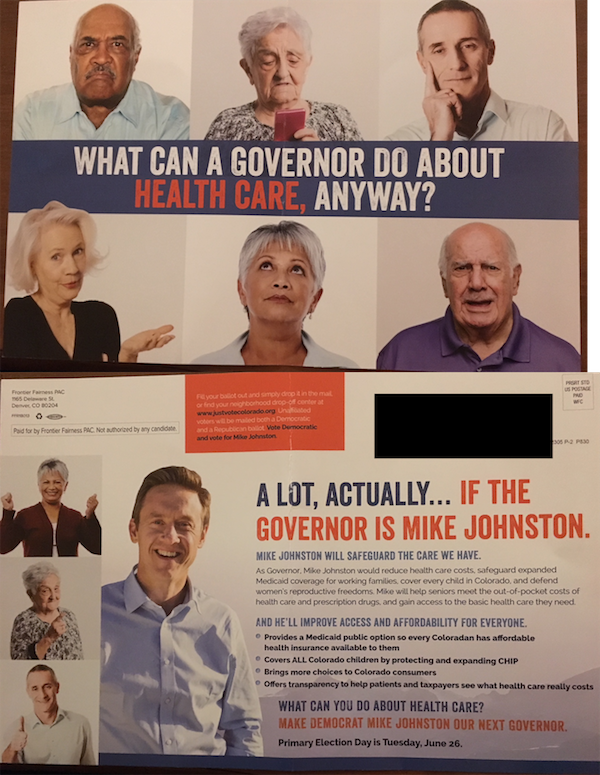 About the message: This is the third Frontier Fairness mailer in three days to emphasizes health care in the super PAC's support for former state Sen. Mike Johnston in the four-way Democratic primary for governor.