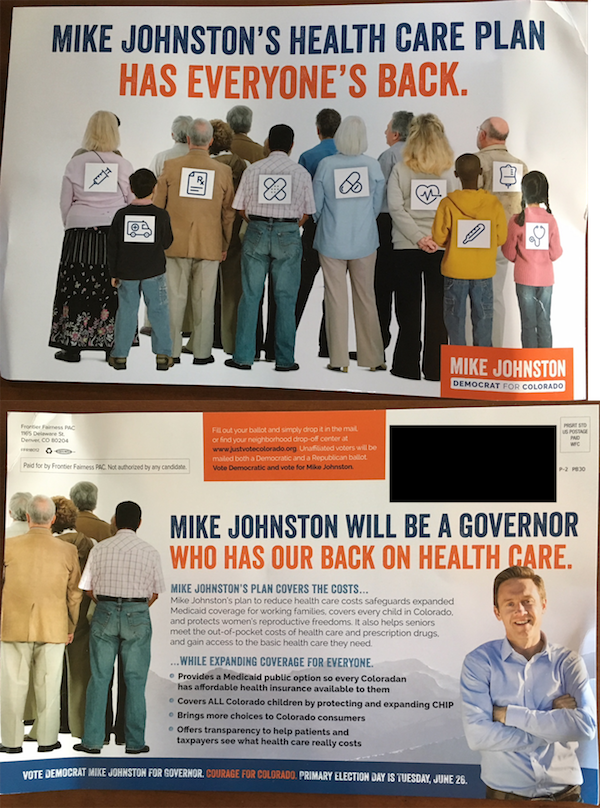 About the message: This Frontier Fairness mailer emphasizes Democratic gubernatorial candidate Michael Johnston's support of health care reform, including a Medicaid option for anyone to buy into regardless of income.