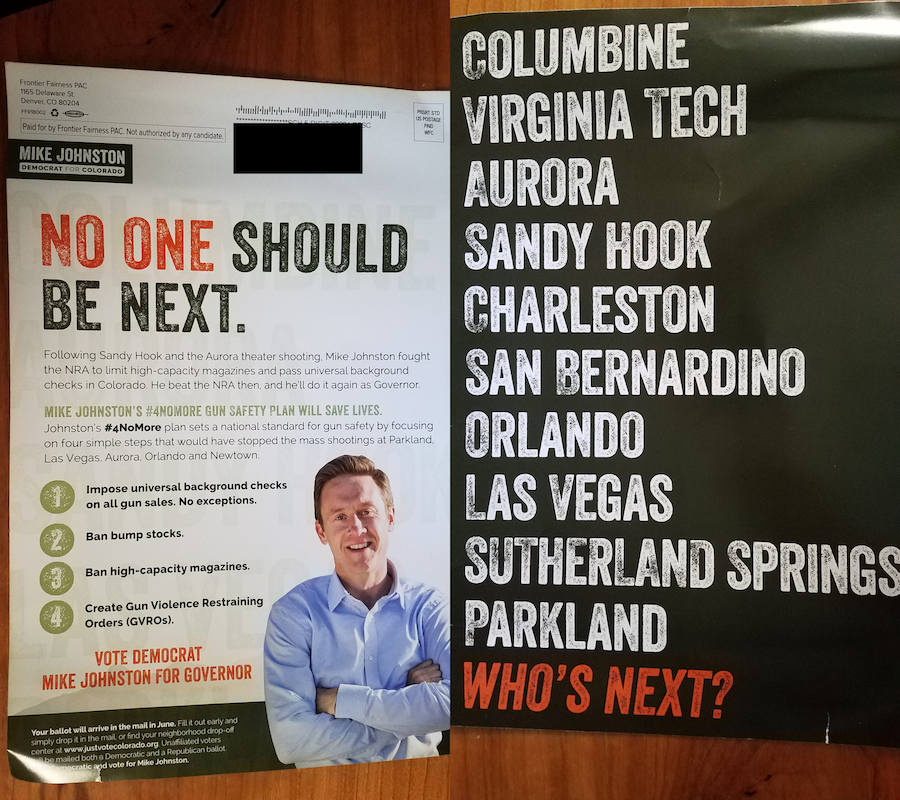 About the message: This is one of at least two mailers the independent spending group Frontier Fairness sent to Boulder County residents encouraging them to support former state Sen. Michael Johnston in the June 26 Democratic gubernatorial primary.

The mailer lists mass shootings, including Columbine and Aurora, and says "No one should be next," with a photo of Johnston.