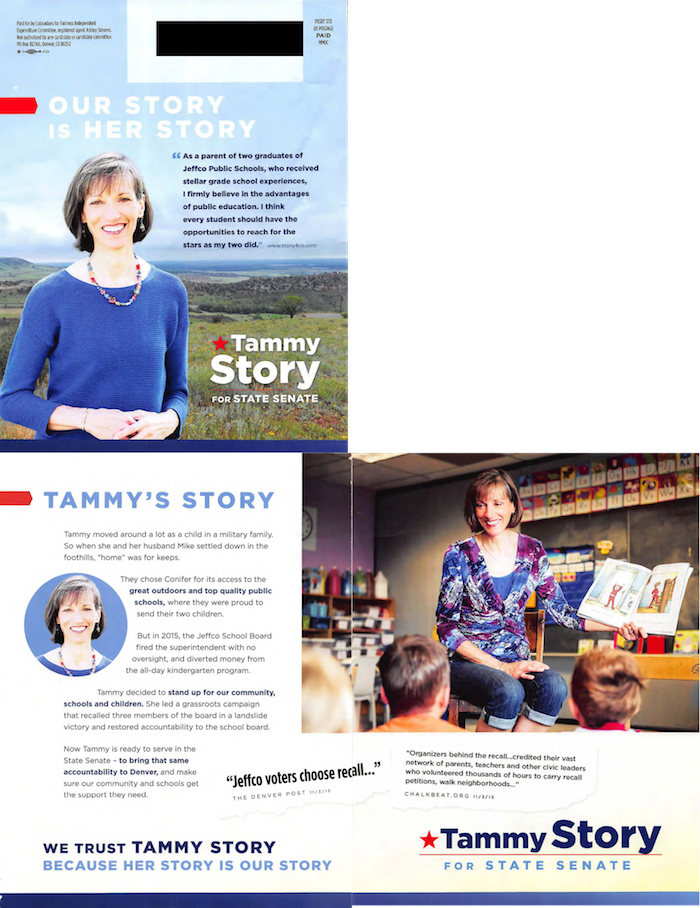 This mailer from Democratic super PAC Coloradans for Fairness highlights Tammy Story's involvement in recalling three Jefferson County school board members in 2015. As Colorado Peak Politics points out, the mailer errs in saying the school district superintendent was fired. She retired in 2014 amid disagreements with board members who were later recalled.