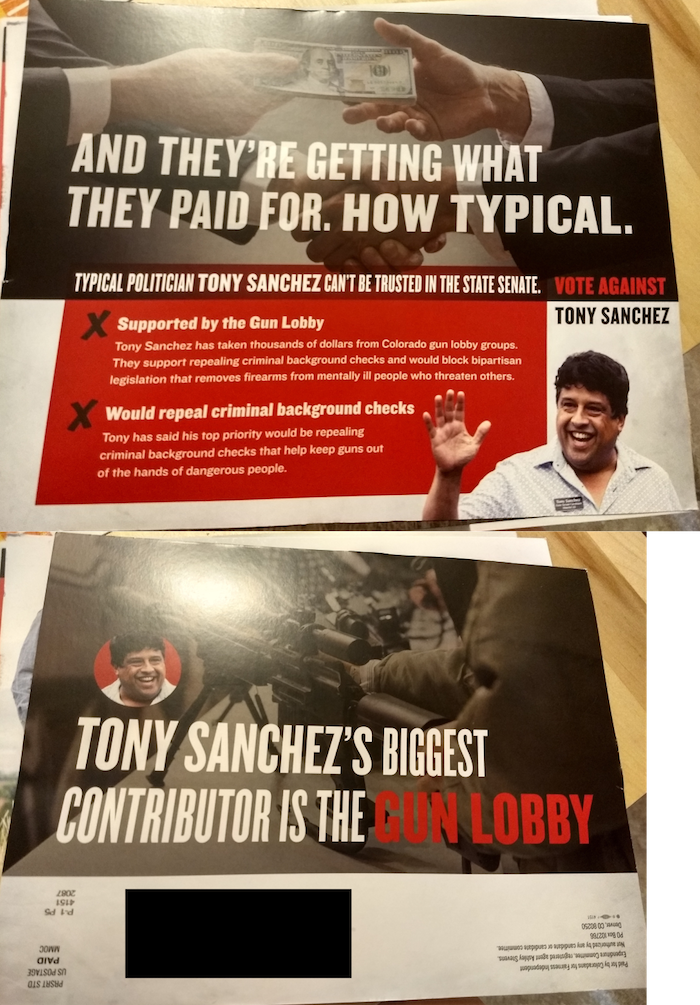 This mailer from Coloradans for Fairness says the biggest contributor to Republican Senate candidate Tony Sanchez is the gun lobby. This is true. Sanchez is supported by Rocky Mountain Gun Owners, considered more conservative than the National Rifle Association on gun issues. RMGO has donated $4,800 to his campaign.