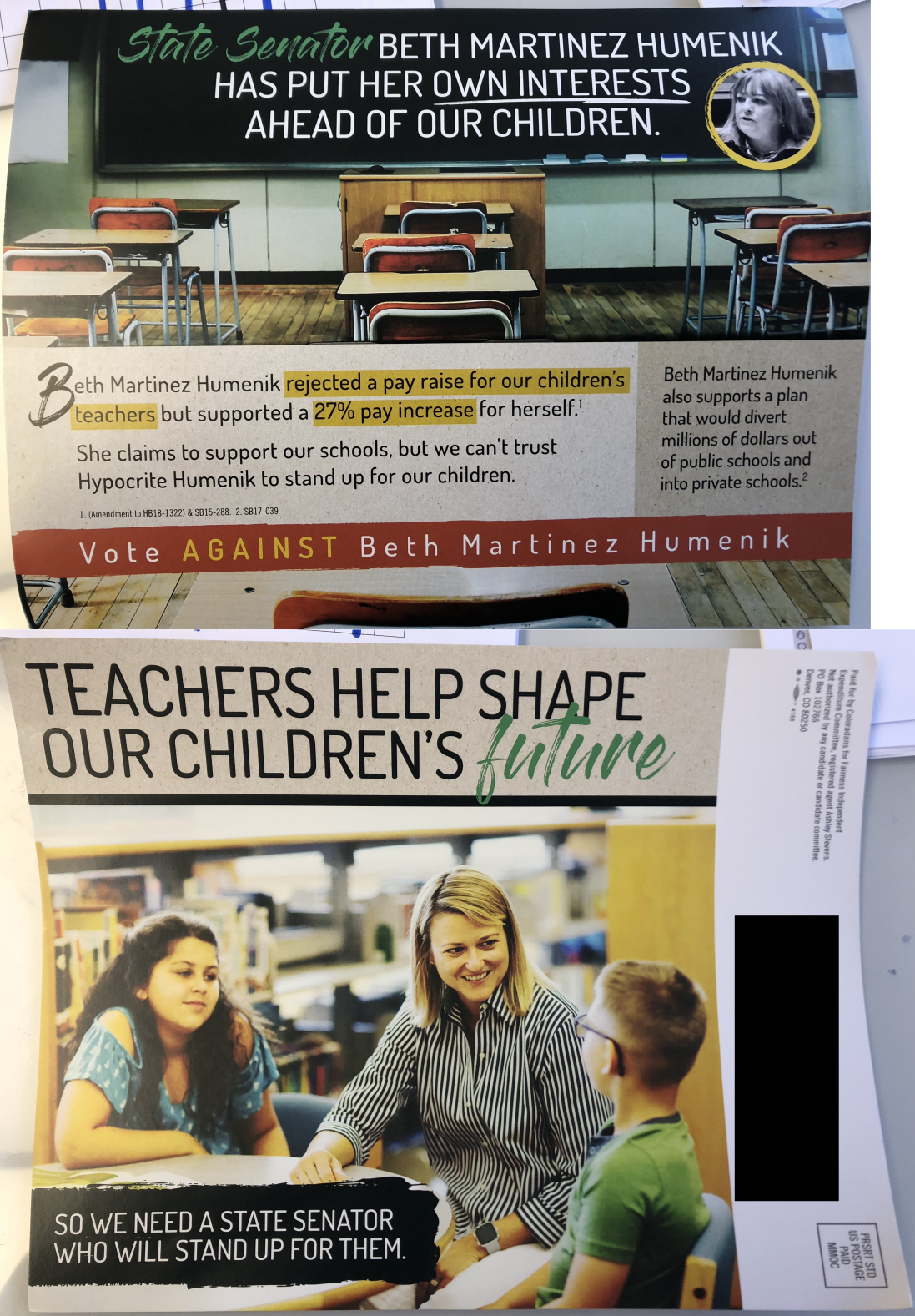 This mailer from super PAC Coloradans for Fairness says Republican state Sen. Beth Martinez Humenik voted for a pay raised for lawmakers but voted against raises for teachers.

It cites amendments to the state budget are cited for claims that she voted to raise her pay and against pay raises for teachers. It's accurate that Senate Republicans defeated an effort to raise teacher pay, based on this story from Colorado Politics (read to the bottom).