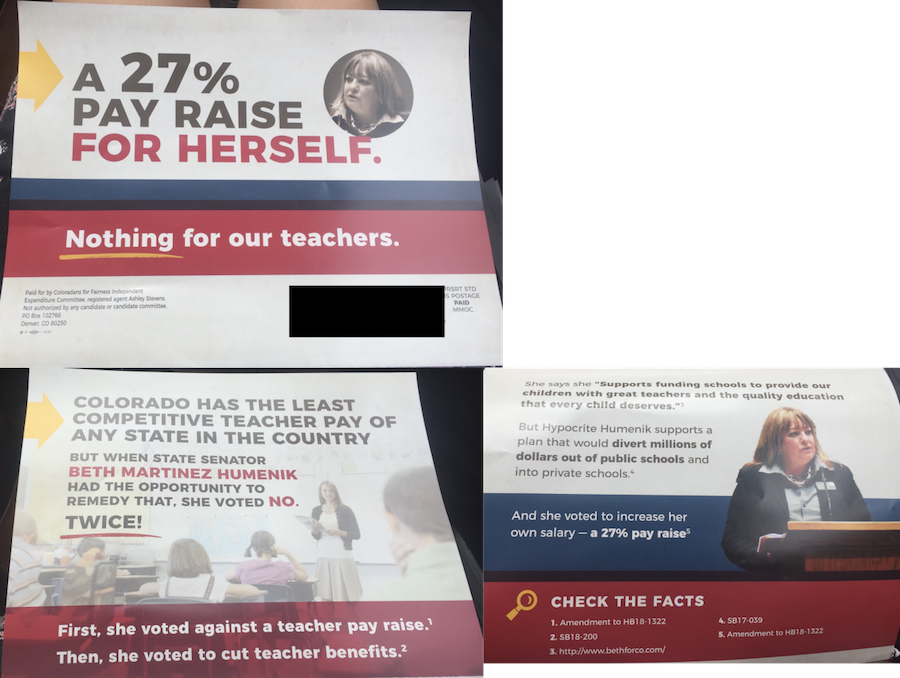 This mailer from super PAC Coloradans for Fairness says Republican state Sen. Beth Martinez Humenik voted for a pay raised for lawmakers, but voted against raises for teachers and for moving money from public to private schools.

Here's a look at the measures cited: