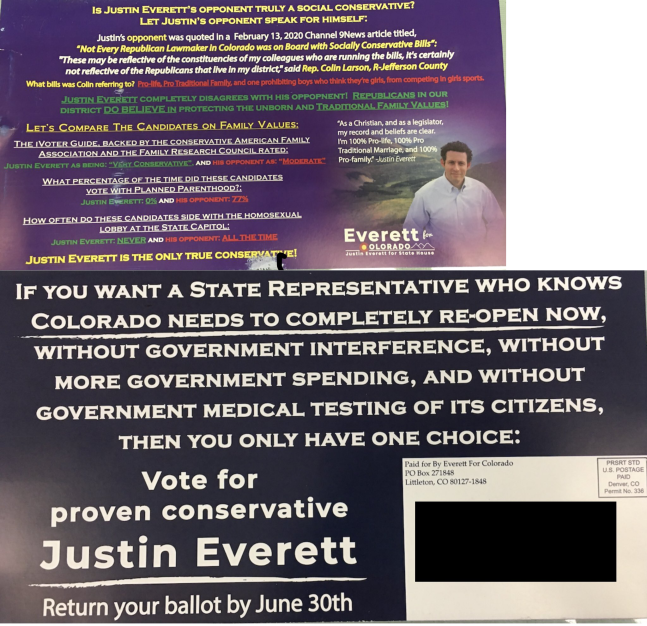 This mailer from former GOP Rep. Justin Everett attacks his successor Rep. Colin Larson as Everett attempts to win back the seat he gave up to run unsuccessfully for state treasurer in 2018. As he attempts to prove his conservative bona fides surrounding "traditional family values," Everett attacks Larson saying he sides "with the homosexual lobby at the state Capitol," among other things.

Larson received a 40% score from One Colorado in 2019 on LGBTQ issues, voting to ban conversion therapy for gay teens and to allow changes in identity documents for trans people.