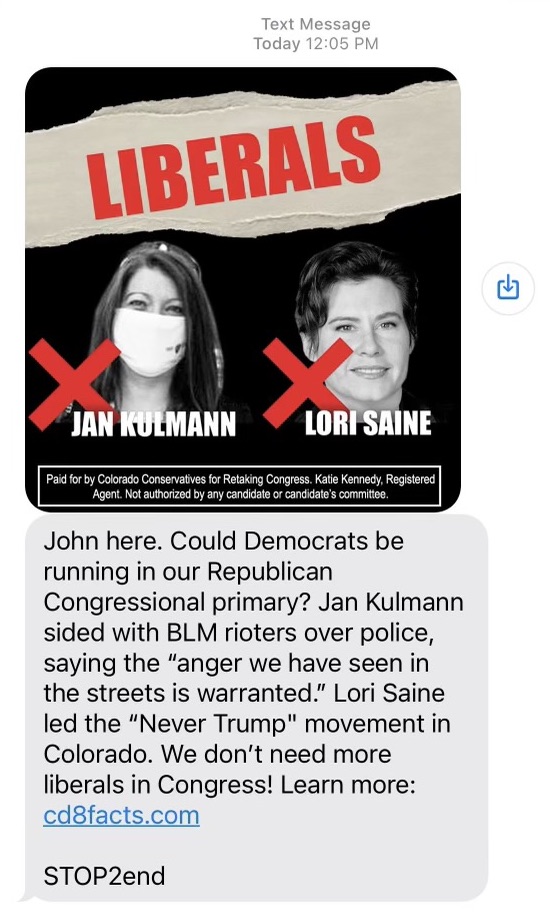 Kulmann and Saine are among four candidates vying for the GOP nomination in one of the most competitive U.S. House contests in the nation. State Sen. Barbara Kirkmeyer and veteran Tyler Allcorn are aslo running. The winner will face Democratic state Rep. Yadira Caraveo in the general election.

Colorado Conservatives for Retaking Congress is a recently created federal super PAC that my accept unlimited donations and spend unlimited amounts supporting or opposing candidates as long as they don't coordinate with candidates or political parties. The group is thus far spending in the Republican 8th Congressional District primary.

The group has yet to report any fundraising to the Federal Election Commisison.