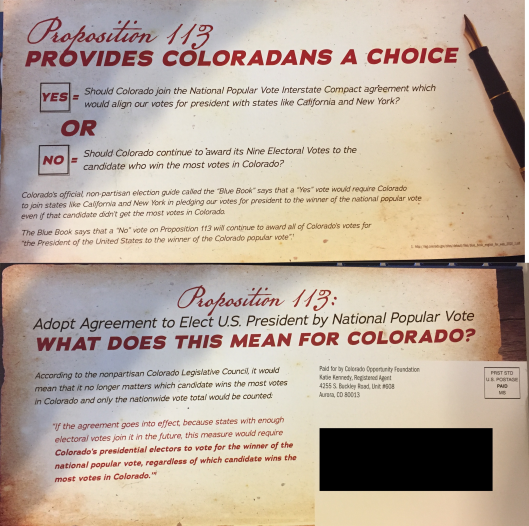 This is one of four mailers from a nonprofit that doesn't directly suggest voting for or against Proposition 113, which would have Colorado join a National Popular Vote compact. If enough states with a majority of electoral college votes join the compact, they would all cast their votes for the winner of the national popular vote, no matter how that state voted.