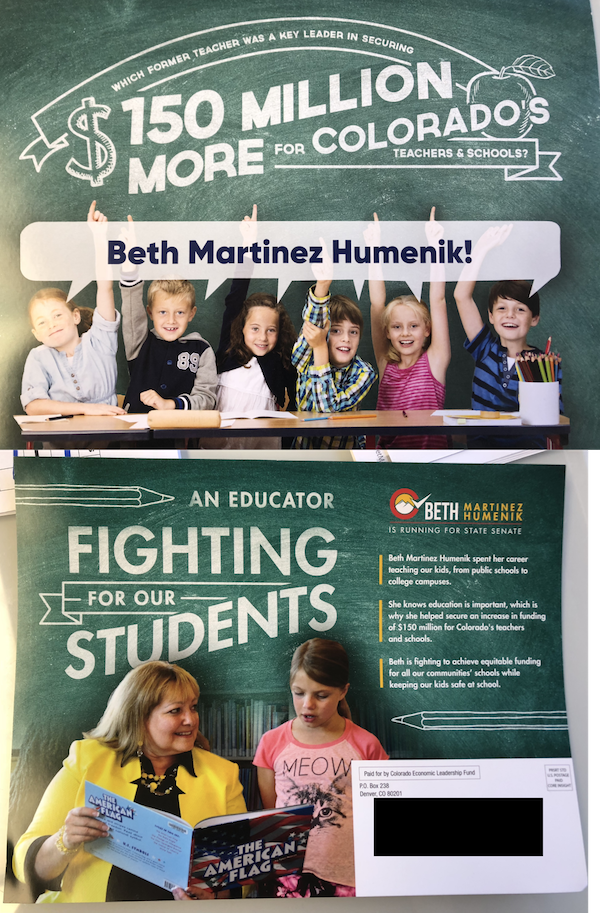 This mailer from nonproft group Colorado Economic Leadership Fund praises Republican state Sen. Beth Martinez Humenik for gettig $150 million more in funding for schools, though it doesn't cite a specific measure, so it's unclear if this is an accurate claim. It says she's running for state Senate, but doesn't directly suggest voting for her. Her opponent is Democratic state Rep. Faith Winter.