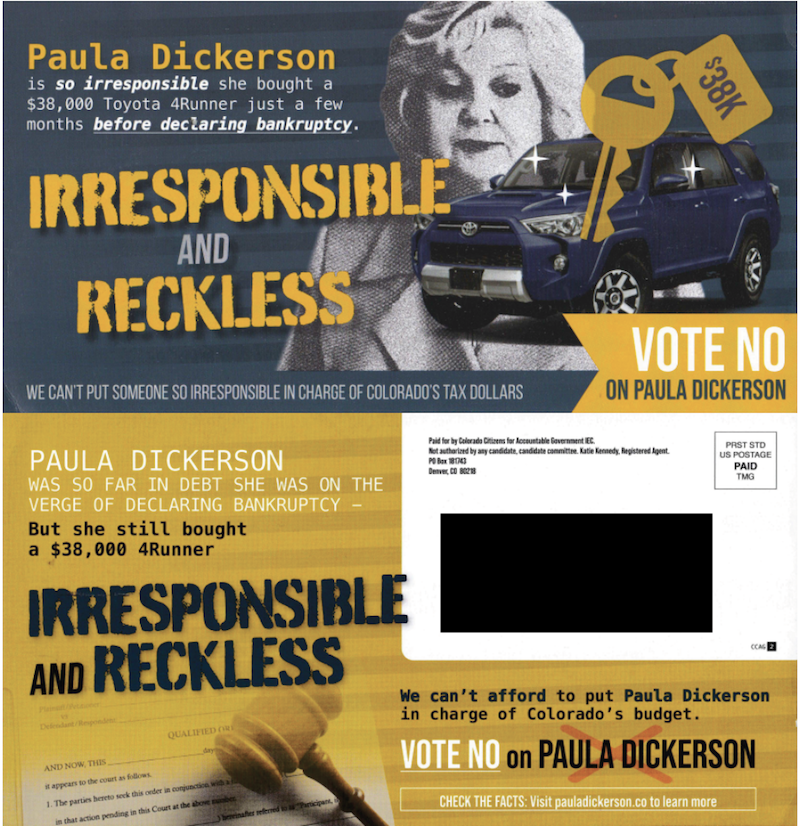 Colorado Citizens for Accountable Government is an independent spending group, likely related to the 527 of the same name. That group aired ads and sent mailers deemed false by fact-checkers in the 2016 Senate campaign.

The group is funded by a nonprofit of the same name. Because its donors aren't revealed, it's considered a dark money group.