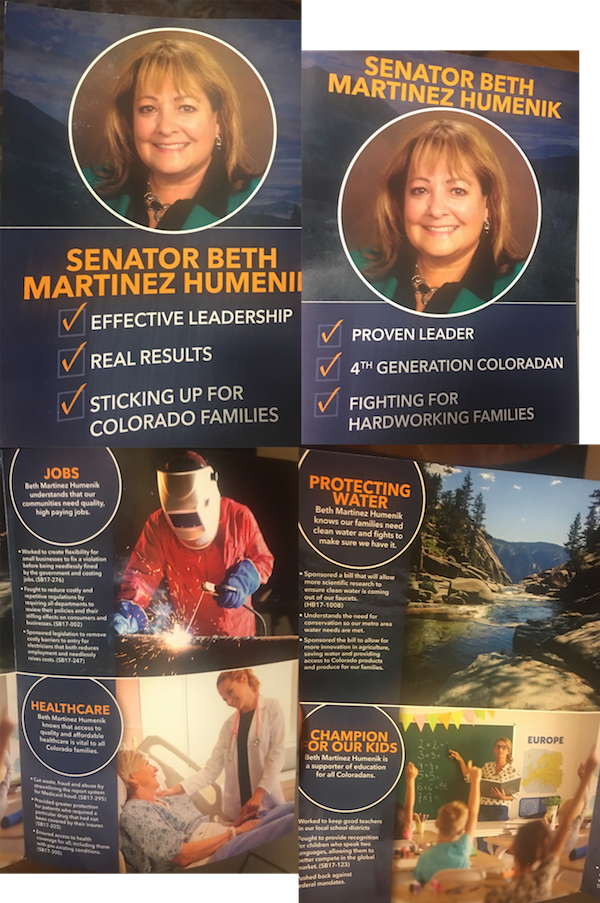 About the message: This four-page flyer left on doorsteps on praises GOP Sen. Beth Martinez Humenik for her work on health care, education, jobs and protecting water. It doesn't mention that Martinez Humenik is up for reelection, facing state Rep. Faith Winter in a contest considered pivotal to Republican efforts to retain their one-vote majority in the state Senate.