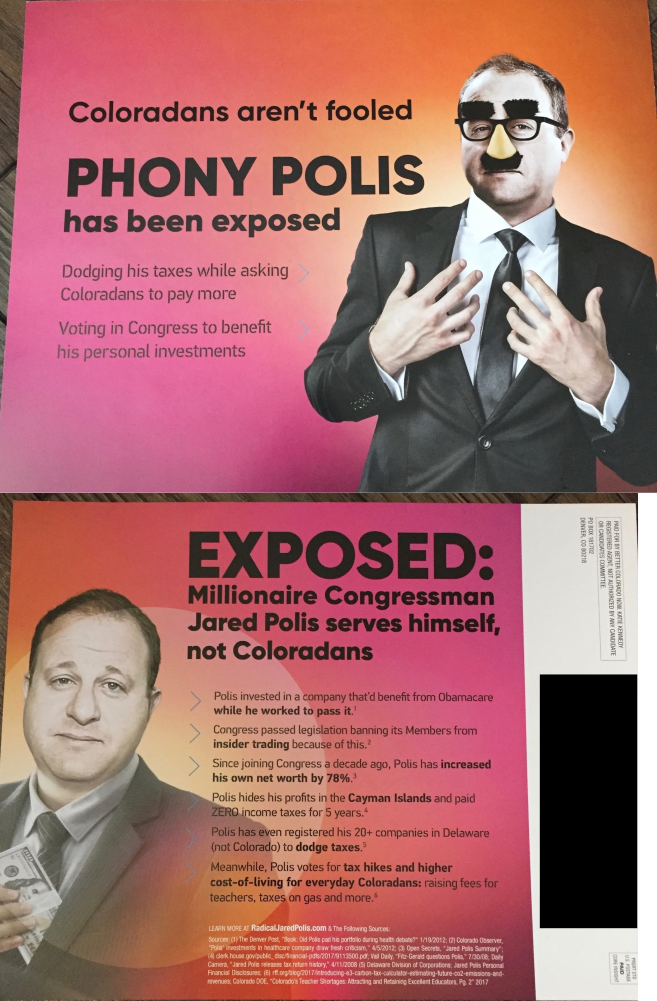 This mailer from super PAC Better Colorado Now says Democratic gubernatorial candidate has been exposed for "dodging taxes" (though if you don't make a profit, the government doesn't tax you). It brings up a new allegation that Polis profited by investing in a company that benefitted from Obamacare, which Polis voted for. Similar allegations have been called misleading by TV fact checkers.