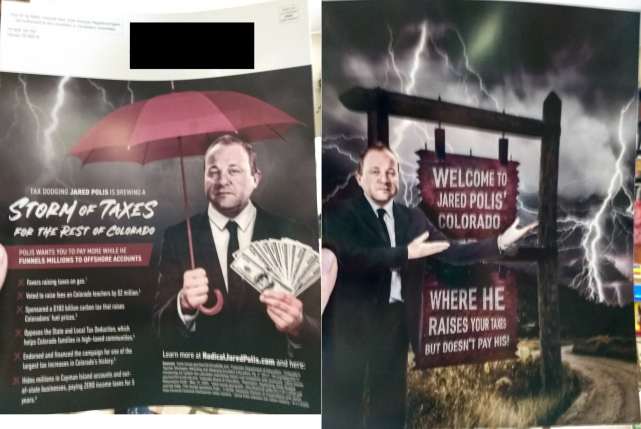 This is one of three mailer from Republican super PAC Better Colorado Now this week attacking Democratic gubernatorial nominee Jared Polis for failing to pay taxes, and for wanting to raise taxes on Coloradans.

It fails to note that the Taxpayers Bill of Rights prevents the legistlature or governor from raising taxes. All tax hikes require voter approval.

And Polis didn't pay taxes for five years in the early '00s because he lost money on business investments. And Polis' campaign says Polis was briefly involved in a partnership that had a Cayman Island account, but all his money was in the U.S., and the partmership eventually dissolved.

Polis has introduced a measure in Congress to repeal tax cuts approved late in 2017, which he voted against. But as governor, he couldn't impact those tax cuts.