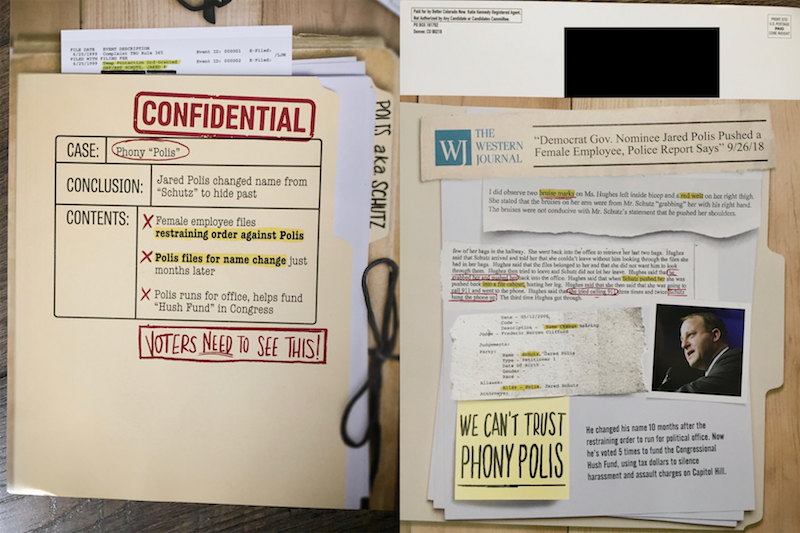 This mailer from GOP super PAC Better Colorado Now accuses Democratic gubernatorial candidate Jared Polis of changing his name to deceive voters after a confrontation with a former employee. It fails to note that the former employee pleaded guilty to stealing trade secrets from his business.