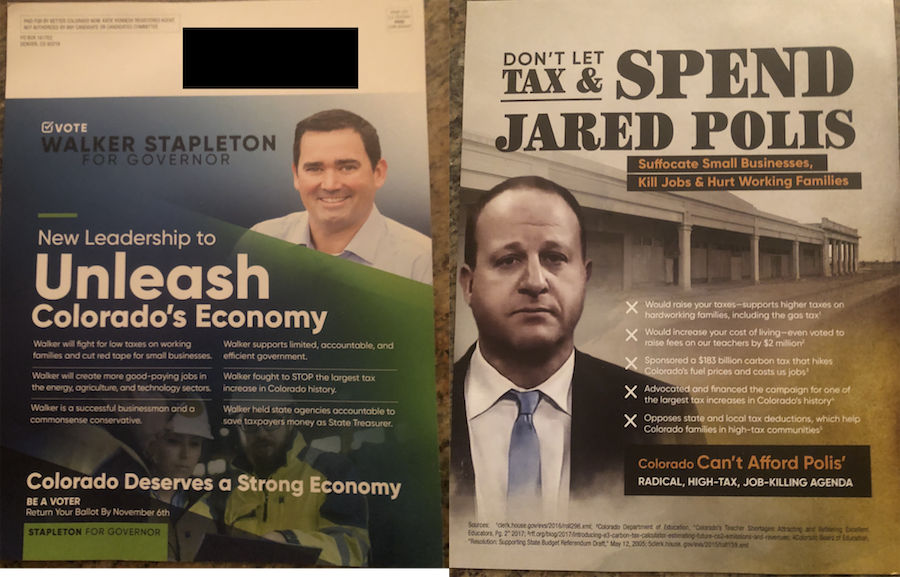 It says Polis will raise a variety of taxes, but fails to point out that voters must approve any tax increases and have been reluctant to do so in the past. So the premise is misleading. As a congressman, Polis sponsored legislation to repeal the 2017 tax cuts promoted by Republicans. But as governor, such action wouldn't be possible.

The mailer says Stapleton will create more jobs and improve the economy, but doesn't offer many details. The state's unemployment rate is already less than 3 percent.