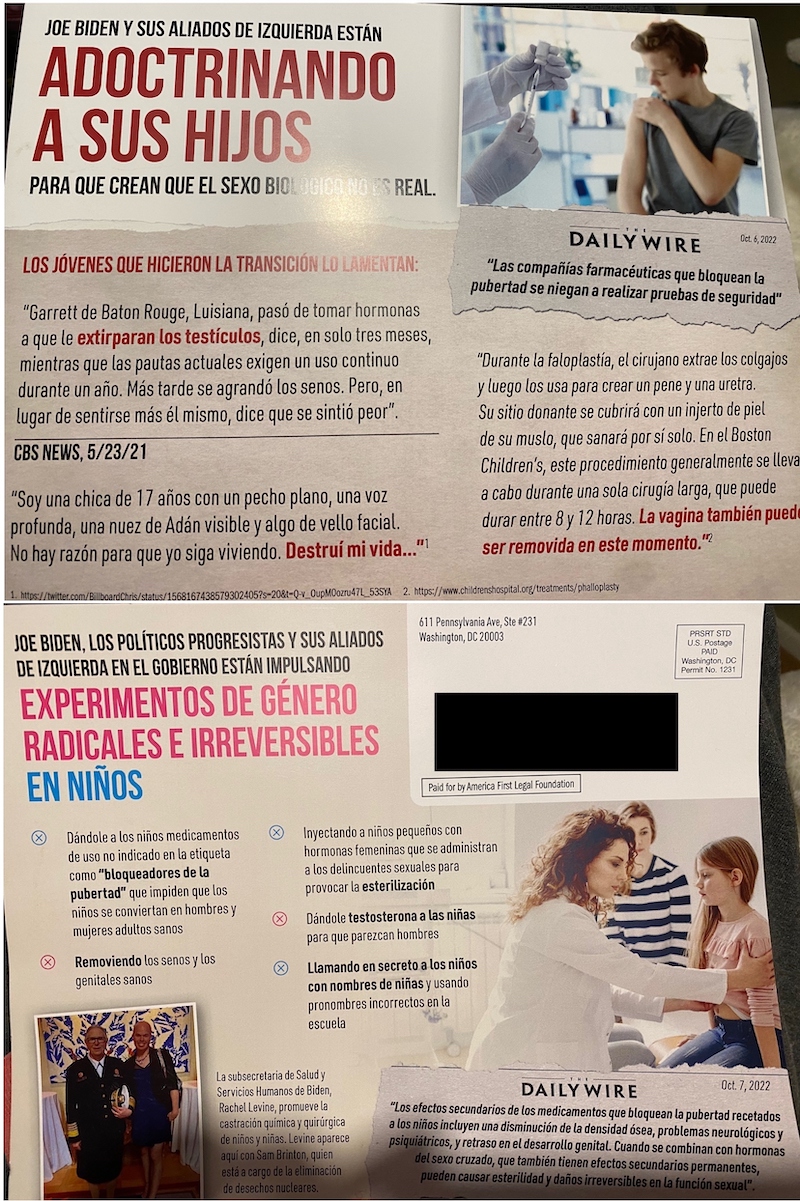 This anti-transgender Spanish-langauge mailer falsely claims that Democratic President Joe Biden and his liberal allies “are pushing radical and irreversible gender experiments on children” like blocking puberty and removing genitalia. The mailer is one of at least two sent by the dark money nonprofit America First Legal Foundation, which doesn't reveal its donors.

America First Legal Foundation is a 501(c)(3) run by Stephen Miller, an adviser to former President Donald Trump know for his anti-immigration views.

Because the organization is a nonprofit, it doesn't disclose its donors. Thus it is a dark money group.