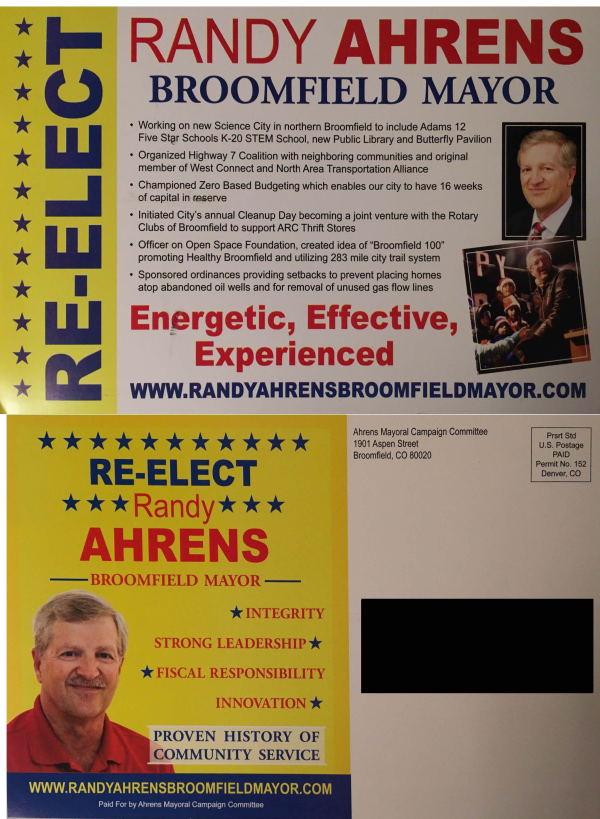 About the messenger: Randy Aherns has been mayor of Broomfield since being elected in 2013 and reelected in 2015. He served on City Council from 2001 through 2009. He's also served as chairman of the Broomfield Chamber of Commerce.
Ahrens moved to Broomfield with his parents in 1966, and worked in the oil and gas industry after college before returning to Broomfield in 1986.

The messenger's money: Aherns has raised more than $22,000 from a variety of sources.