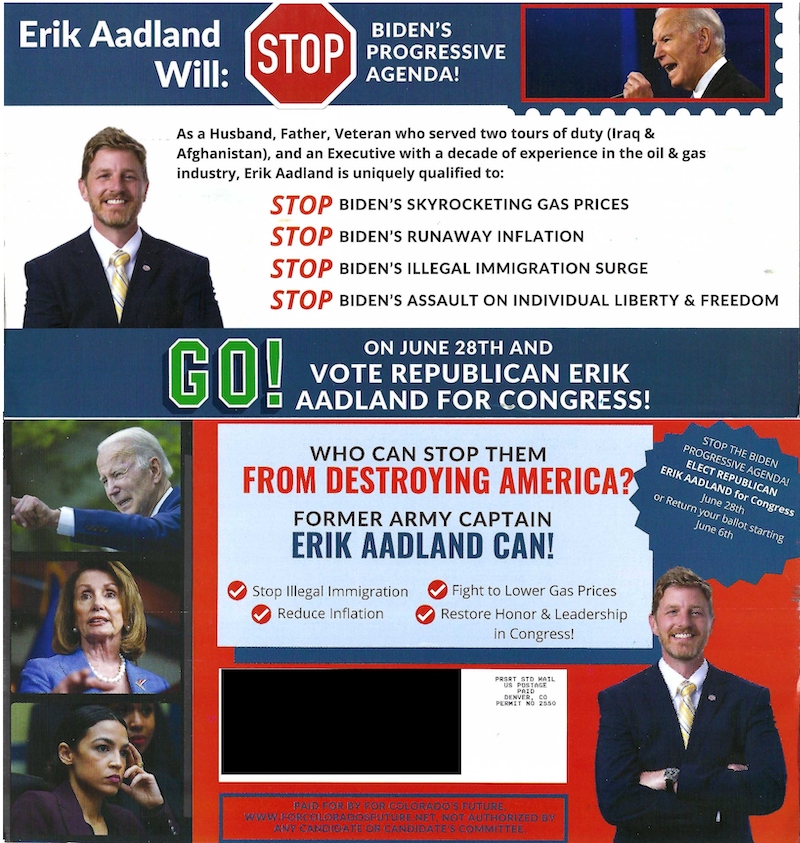 This mailer from super PAC For Colorado's Future says Republican Erik Aadland will stop rising gas prices, runaway inflation, an "illegal immigration surge" and assualt on individual liberties, attributing all to Democratic President Joe Biden. It fails to mention that, if elected, Aadland would be one of 535 representatives and senators in Congress, with little individual power over such actions.