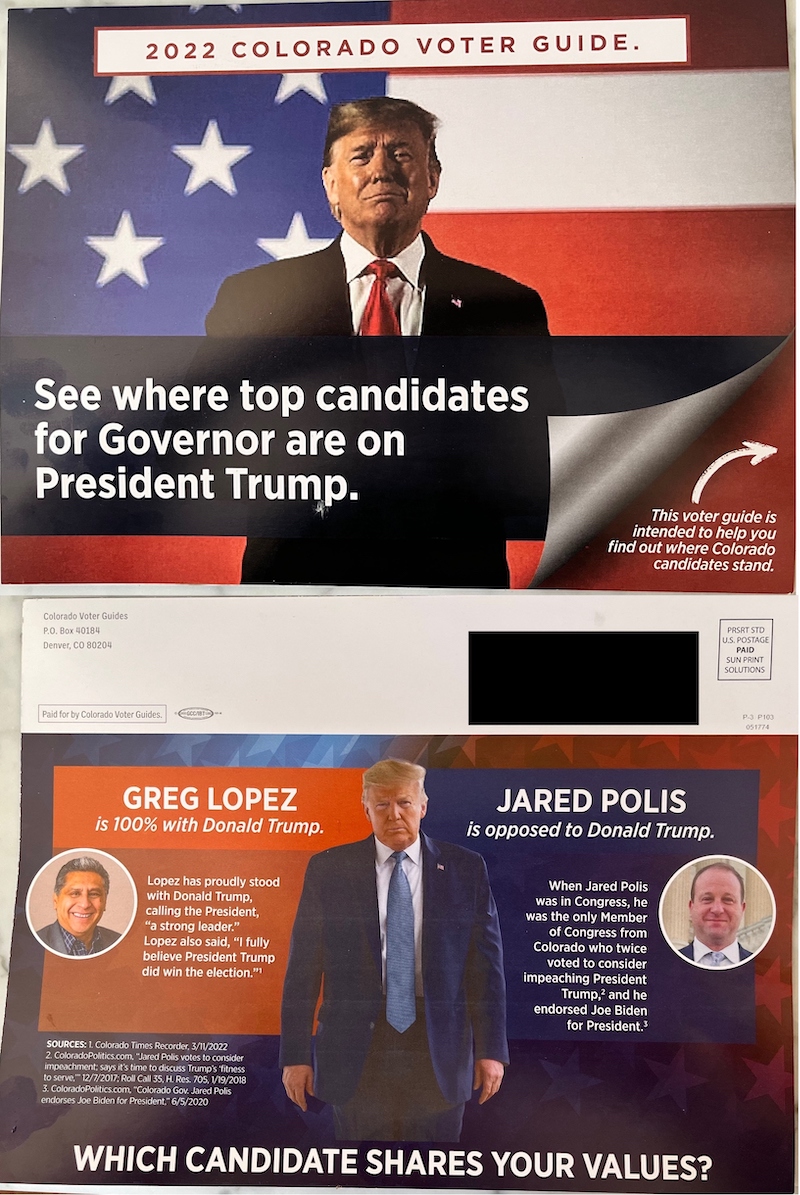 This mailer from Colorado Voter Guides contrasts Republican gubernatorial candidate Greg Lopez with Democratic Gov. Jared Polis on support former President Donald Trump. Because the mailer doesn't suggest voting for or against either candidate, the donors behind this dark-money ad don't have to be revealed. But it's likely the mailer, sent to GOP households, is aimed at garnering support for Lopez in his Republican primary contest against Heidi Ganahl.

Colorado Voter Guides is a nonprofit registered by ProgressNow Colorado on June 7.

Because the group is a nonprofit, it doesn't disclose its donors. Thus, it's considered a dark money group.