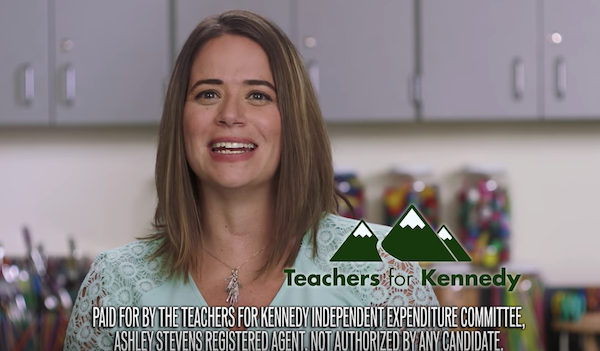 About the message: This TV ad from super PAC Teachers for Kennedy features Colorado teachers endorsing former state Treasurer Cary Kennedy in the Democratic contest for governor. The ad appears modeled after a TV ad from Congressman Jared Polis featuring teachers criticizing Kennedy in response to a prior ad from the super PAC.