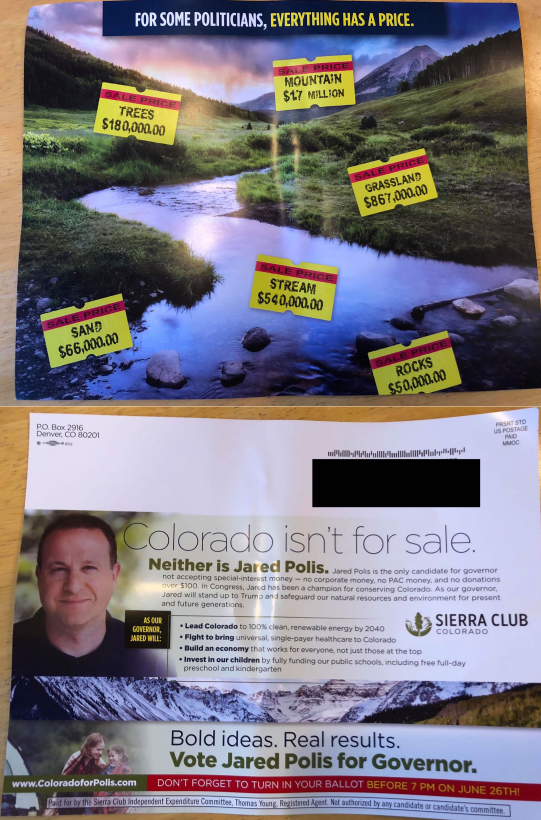 About the message: This Sierra Club mailer supports Congressman Jared Polis in the four-way Democratic gubernatorial primary. It notes that Polis is the only candidate not accepting PAC money or corporate money (though contributions from businesses are prohibited in Colorado). It also emphasizes Polis' conservation credentials.