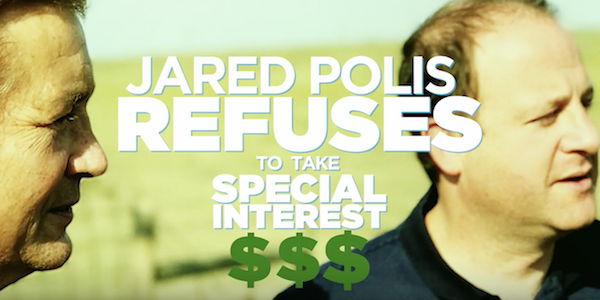 About the message: This Sierra Club TV ad promotes Jared Polis in the four-way Democratic primary for governor. It notes his support for renewable energy. But it also touts the fact that Polis isn't taking "special interest money," while failng to mention that the multimillionaire has put $10.5 million into his campaign, or that some would consider the Sierra Club a "special interest."