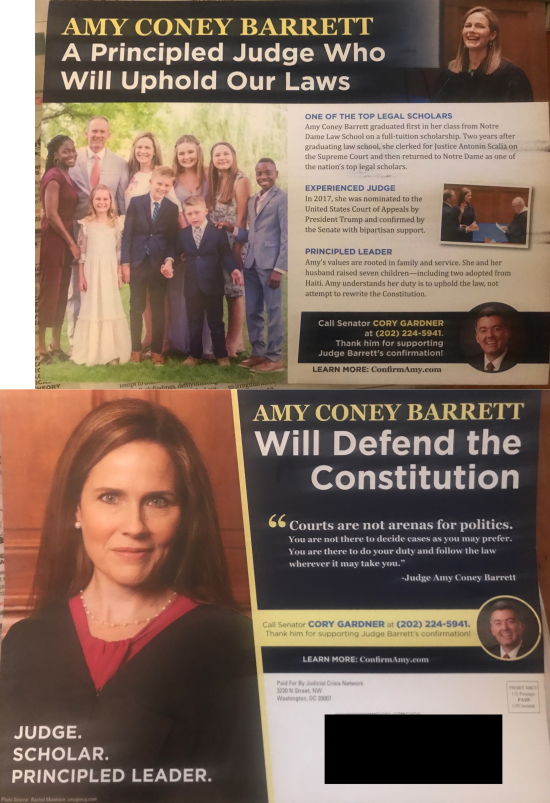 Judicial Crisis Network is a conservative nonprofit that advicates for conservatives nominated to the U.S. Supreme Court.

As a nonprofit, the group doesn't disclose its donors, thus it's a dark money group.