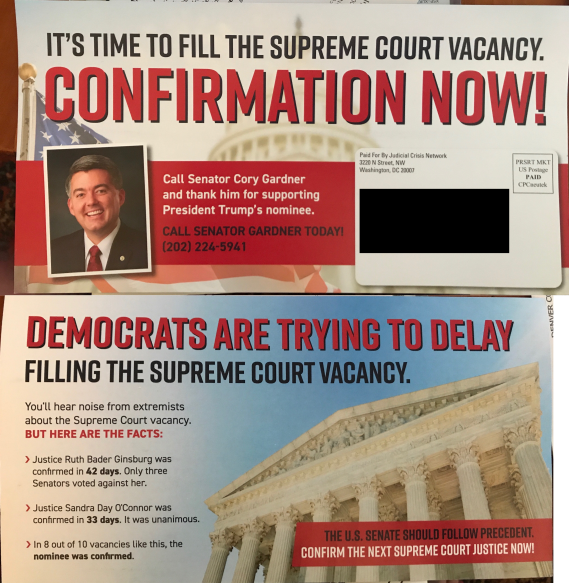 This mailer from the nonprofit Judicial Crisis Network encourages people to call GOP Sen. Cory Gardner and thank him for supporting the nomination of Amy Coney Barrett to the U.S. Supreme Court. The mailer also accuses Democrats of trying to delay the nomination, while citing the number of days some other nominations took. The dark money group also is airing TV ads in support of the nomination.

Judicial Crisis Network is a conservative nonprofit that advicates for conservatives nominated to the U.S. Supreme Court.

As a nonprofit, the group doesn't disclose its donors, thus it's a dark money group.