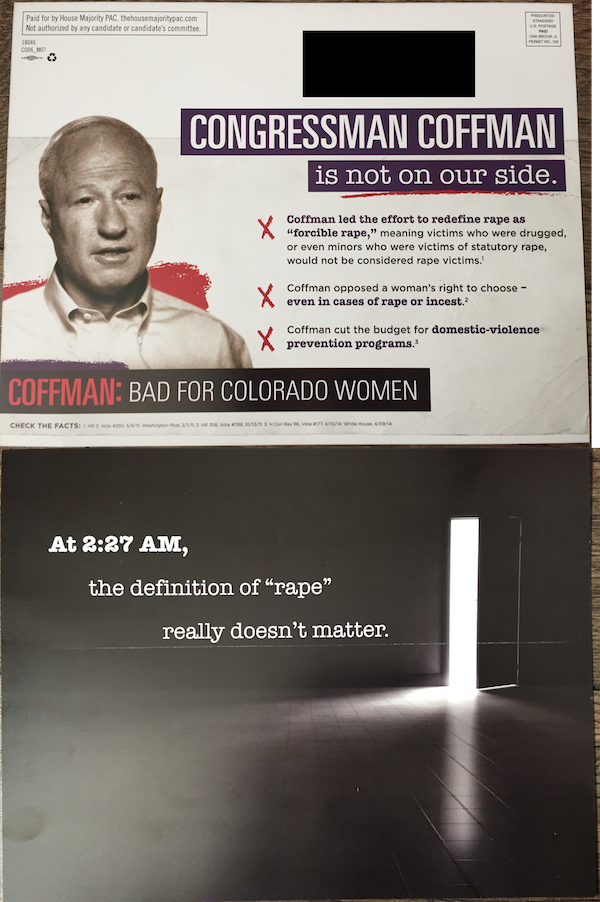 This is the second mailer from super PAC House Majority Project that says Republican U.S. Rep. Mike Coffman is "bad for women." He faces Democrat Jason Crow in the 6th Congressional District based in Denver's eastern and southwestern suburbs.

About the messenger: The House Majority PAC is a federal super PAC focused on electing Democrats.

The messenger's money: This super PAC is funded by a bunch of wealthy Democrats, obvs. Thus far, most Colorado donors gave $500 or less, according to the Federal Election Commission.