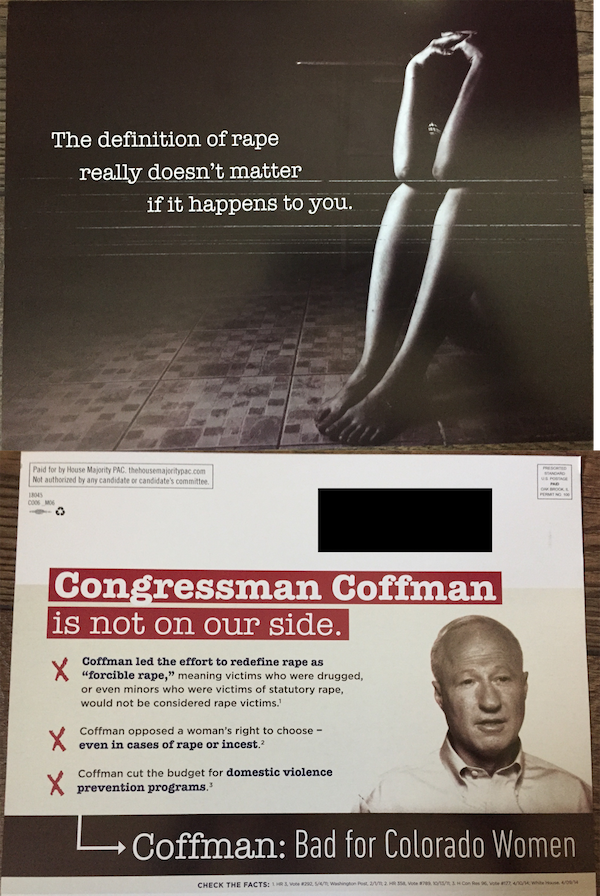 About the messenger: The House Majority PAC is a federal super PAC focused on electing Democrats.

The messenger's money: This super PAC is funded by a bunch of wealthy Democrats, obvs. Thus far, most Colorado donors gave $500 or less, according to the Federal Election Commission.