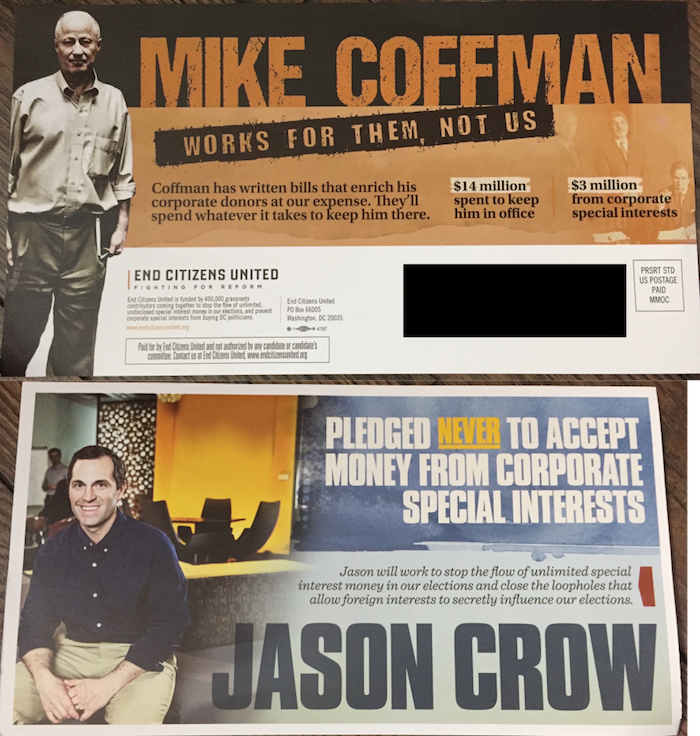 This mailer from super PAC End Citizens United says Democrat Jason Crow isn't a career politician and won't take money from special interests on one side. The other side presents a gray photo of GOP incument Rep. Mike Coffman, saying he "works for them, not us." It notes that $14 million has been spent to keep Coffman in office with $3 million from special interests. This is a more accurate portrayal of Coffman's campaign finance sitaution than the group has made in the past.

About the messenger: End Citizens United is a political action committee supporting Democratic candidates who support ending the 2010 Citizens United Supreme Court decision, and supporting campaign finance reform to get big money out of politics.