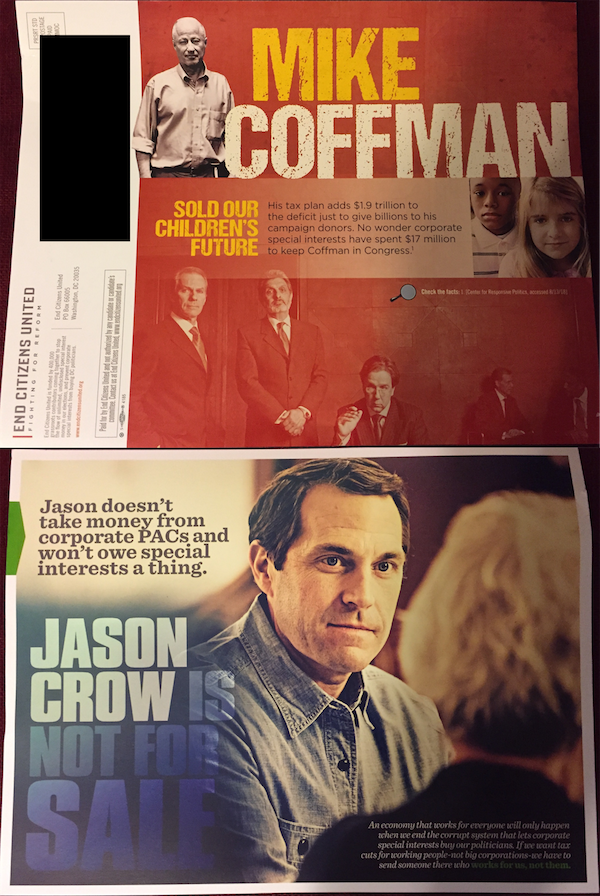 Based on data from the Center for Responsive Politics, which is cited by the mailer, Coffman has raised $16.6 million total in his congressional career, with most of that from individuals (although some of them certainly work at corporations). Only $5.2 million came from PACs.

About the messenger: End Citizens United is a political action committee supporting Democratic candidates who support ending the 2010 Citizens United Supreme Court decision, and supporting campaign finance reform to get big money out of politics.