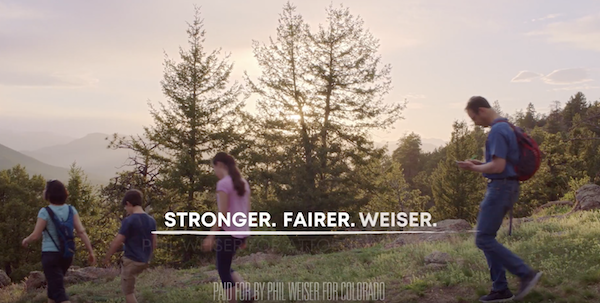 About the message: In his first TV, set to air in June, Democratic candidate for attorney general Phil Weiser notes that he decided to run for office when Donald Trump was elected president. The ad features former Interior Secretary Ken Salazar and notes that Weiser worked for the Obama administration. Among his priorities, he cites stopping predatory lending, protecting Dreamers, defending civil rights and more.

About the messenger: Phil Weiser is former dean of the University of Colorado Law School, and served in the Justice Department for the Obama administration. He founded CU's Silicon Flatirons Center for Law, Technology, and Entrepreneurship.

The messenger's money: Weiser has raised more money than any recent candidate for attorney general, with about 74 percent of his $1.4 million through May 2 from Colorado residents.