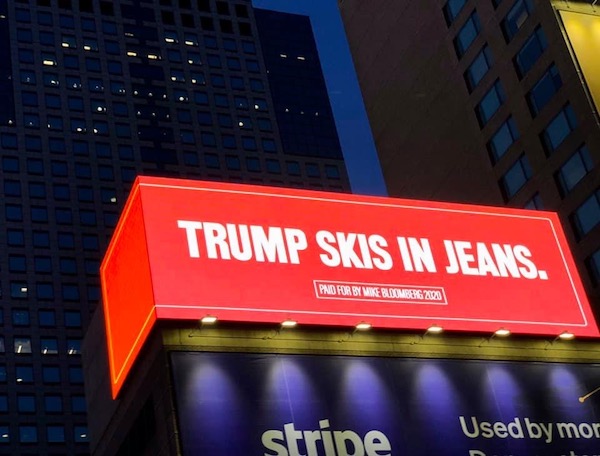 This digital billboard at 16th and Arapahoe purchased by Democratic billionaire Michael Bloomberg tosses a classic Colorado insult at GOP President Donald Trump. We're doing a Twitter poll on this one. But we've got a couple of hints that this is false.